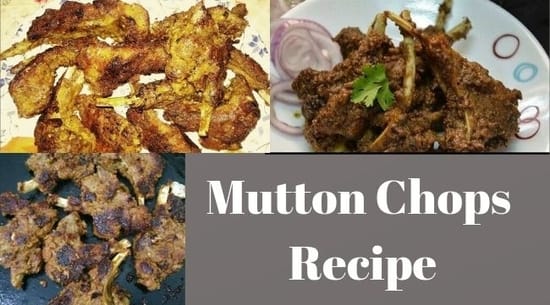 For those that are fans of lamb, mutton chops can be a favorite dinner. There are several different ways to prepare mutton based on personal preferences and tastes. This mutton chop recipe will not disappoint.

This take on mutton chops recipe adds a bit of spice and is allowed to marinate to take in all of the flavors.

Mix the garlic and the yogurt. Apply this to the mutton chops. Allow the chops for marinate for at least one hour.

Mix the pepper, cumin, chilies, onion, cloves, cinnamon, and mint leaves so that they form a paste.

Heat the oil in a pan over medium heat. Add the spice mixture. Cook until it begins to leave the sides of this pan. Add the mutton chops and season with a little salt. Cook them until they are no longer pink inside.  They will have a bit of a spicy taste and can be served with something simple such as rice.

Mint and mutton go very well together. To make this recipe the following ingredients are needed:

Allow the mutton to then bake 30 to 35 minutes or until the internal temperature reaches 125 degrees.

To make the mint sauce heat up the oil in a saucepan. Once the oil is hot add the fat drippings from the mutton and the shallots. Cook this until the shallots become soft. Add the garlic and then cook another minute. Pour out oil and fat that is still in the pan. Add the white wine. Allow the wine to reduce by half. Add the stock and bring the mixture to a simmer.  Reduce the heat and allow to simmer for 20 minutes.

After the broth has simmered add the mint and allow it to sit for 10 minutes. Strain the mixture through a cheese cloth or other straining device. Serve the mint sauce with the mutton chops.

This recipe makes a nice rub for the mutton and will allow it to soak up plenty of flavor before being finished on the grill.

The following ingredients are needed:

In a food processor put the garlic, thyme, rosemary, pepper, and the salt. Pulse it together until these spices are combined. Pour in the oil and allow the mixture to form a paste.

Allow the grill to heat up until it is very hot. Add the chops to the grill and cook 3 minutes per side. The chops are then ready to be served.

These mutton chops are cooked over a couple of hours in the slow cooker. This allows the mutton to melt in the mouth once the food is done. To make this recipe the following ingredients are needed:

Put the onion slices into the slow cooker. Mix the oregano, thyme, garlic, salt, and pepper. Rub this mixture onto the mutton chops. Put the chops in the slow cooker over the onion. Top with the garlic. Put the lid on. Cook this on low 4 to 6 hours. Aby this time the meat will be tender and soft.

This recipe has a bit of a kick to it. To make these spicy chops the following ingredients are needed:

Heat the oil in a pan. Once it is hot add the chops scraping off as much of the marinade as possible. Cook the chops 5 to 10 minutes. Add the marinade to the pan and lower heat. Cook 15 minutes turning occasionally.

After this time uncover the chops and allow them to cook until they become golden brown color. Season with some pepper and serve the chops while they are hot.

There is a great mutton chops recipe for every taste. These chops are meaty and they hold a great flavor. Mutton chops will allow a person to have a fulfilling meal.